I watched Big Little Lies on HBO last night.  I loved the novel and by some miracle the kids were in bed by the time I got home (had some later engagements) at 8:15 pm.  And Josh was home, having orchestrated said bedtime!  I was grateful and impressed.  (And admittedly a bit surprised.)

We sat watching together, drank a glass of red, and I felt engaged and genuinely content.  It was a feeling that I haven’t had for quite some time, and it was really REALLY nice.  I hesitate to proclaim that I feel normal again, but I feel 9 zillion times better than I did a week ago.  As I mentioned previously there is a strong (STRONG) hormonal component.  So hopefully I will learn — with time — how to ride out the storm.

Thank you to those of you who offered support and shared your experiences (either on or off the blog) after my last post.  It really meant a lot to me, and hearing how many of you have benefited from some support in the mental health realm was really helpful.
——————————————————————————–
IN OTHER NEWS
RUNNING.  I ran the Miami Beach Half on Saturday.  I was not terribly pumped for this race, as the last few weeks of my training were . . suboptimal (think: missed long runs, missed speed workouts, etc).  It was very windy on race day and the second half of the race was entirely against the wind.  My time was (for me) meh — 1:59:39, but honestly under the conditions I was fairly proud of myself.  Many people were walking or seemed to give up in the last several miles, and my worst split (against winds and up a hill to go over the causeway) was 9:38/mi.  So things were steadier than they appear in these splits.  I almost didn’t even run the race . . . but was 100% glad I did. 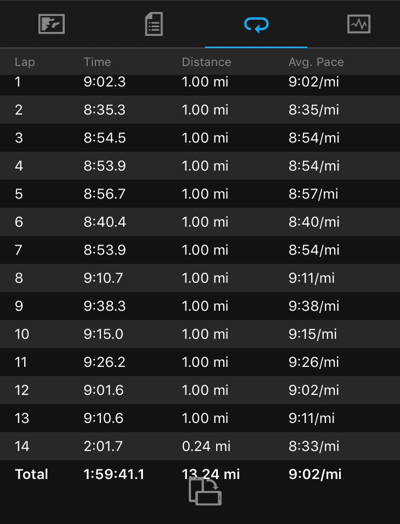 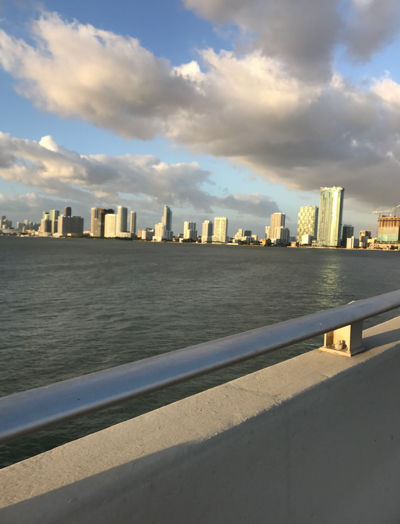 Not sure what my next fitness venture will be but I am really loving running and I think I will work on just keeping up my base the next few months over the summer.  I thought about trying a more strength-based program (BBG) but . . . I just don’t want to.  It sounds so boring and torturous, honestly.  And I would rather just be kind to myself and do what I love right now, and what brings me joy.  I do think maybe I will try to incorporate some yoga or barre back in.
FOOD/LIFE.  I attended a vegan event last night and agh, I seem to be drinking the Kool-Aid.  Mostly for environmental reasons.  I have nightmares about climate change, and while I know it is controversial I feel fairly convinced that the way we consume animal products is adding significantly to the atmospheric burden.  I feel really really torn about trying this because honestly I DON’T WANT TO ELIMINATE the 8 million foods that I love and have warm fuzzy feelings about.  And I felt great while paleo (except for running which never quite felt amazing) and this is basically the polar opposite (so many carbs . . .).  If anyone has tips or stories about successfully transitioning to a more plant-based diet, I would appreciate them.
UNRELATED:  Annabel has her first loose tooth.  I honestly can’t even believe it.
Share