Yes, still here.  I have 2 more days of work (including today), but things are definitely winding down.  I am feeling:
1) anxious.  I started having some contractions that hurt and was reminded of the very basic and obvious fact that HEY, LABOR IS PAINFUL.  (Then they stopped, so I have no idea when things will happen now!).  It sounds a little crazy but I just hadn’t really stopped to think about it in a while.   Giving birth is obviously a natural and normal part of life, but there are also about 10,000 little things that can go awry and make the experience more stressful or scary.  I have been very lucky to have an uncomplicated pregnancy thus far, and C’s birth in particular went very smoothly, but . . . it’s like there’s a chasm of unknown between this moment and actually seeing her, and I’m eager for it to close.
2) excited.  I just soooo want to see her face and meet the final (yes, for real this time!) addition to our family!  I also cannot wait to see how A & C react when they meet her.
3) tired.  Though honestly I’m not feeling terrible!  Cameron has croup (guess this baby’s immune system will be put to task quite early . . . hopefully my set of antibodies is pretty complete at this point*!).  He actually was in such distress last night that we considered a trip to the ER.  Stridor (upper airway obstruction, like you see with croup – different from the typical asthma wheezing) is really really scary to watch.  Thankfully he improved enough with medicine/treatment at home that we didn’t have to, but yeah.  Tired.  I slept in his room last night which was not exactly restful.
Also on the tired note, I think the kids must sense impending change or something because they (esp A) have been . . .extra challenging lately.  Or maybe it’s just my ability to deal with them that has deteriorated a bit!  Greatly awaiting some sustained time at home with all 3.  Since we have our nanny, I actually do think I’ll be able to spend extra time (more than normal) with A&C which will help with the transition.  Until I head back to work . . but not ready to stress about THAT yet! 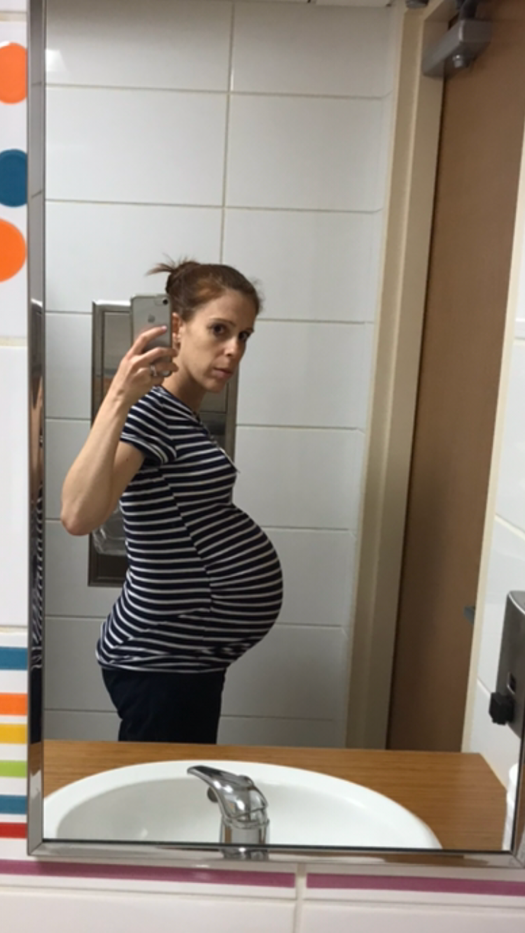 Super-glam work shot
On the up-side, I feel pretty organized and ready from a work- and home-life standpoint!  I have seen my last patient (as of 15 minutes ago!).  Hanukkah gifts are (mostly) ordered and I have put the remaining items on Josh’s to-do list.  I have (perhaps dangerously) tabled holiday card-creation and family photo calendar-making (tradition I do for our extended fam each year on Josh’s side) until post-baby.
And now I’m just kind of . . .waiting, and trying to stay out of countdown mode.
BUT, it’s hard!
On a non-baby note, I will list some fun things going on:
* year-end music lists are in!  That link will take you to Album of the Year, a site dedicated to collecting ALLLL of the lists and they also create an aggregate.  In the spotify era, it’s so much fun to be able to just listen to new things (that have received popular or critical acclaim).  This morning I listened to Kendrick Lamar‘s DAMN for the first time and . . .damn.  That is a very well-done, interesting album even if is not in one of my most-frequented genres.
* BoBW maternity leave episode is up (yesterday).  How timely 🙂  Laura and I interview Lauren Smith Brody, author of The Fifth Trimester.  She was so gracious and personable and easy to talk to!  I am definitely going to read her book while on leave.
* Featured Planner-of-the-Week-that-I-am-not-using:  The Commit30.  As usual, non-sponsored and just want to make that clear!  I’ve been intrigued by this planner’s layout and 30-day goal-setting for quite some time, and will probably use some of her ideas in my Hobonichi.  It has some layouts that are unique (the 30 days to cross off, for example) and the weekly layouts are very functional – similar to Inkwell Press (though I don’t think quiiiiite as pretty, but to each her own).  They are also not terribly pricey compared to some others – in the $30-35 range instead of $50+ that many boutique planners are — as I’m planner-obsessed the investment doesn’t bother me but I completely get how it could offend others. 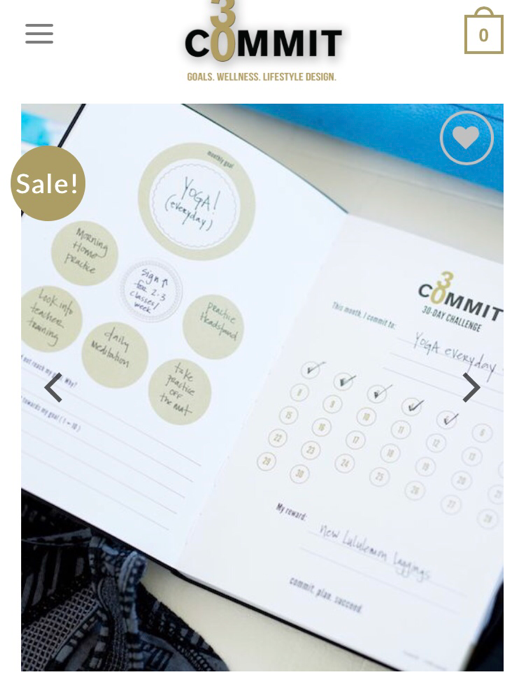 * Newborns are of course quite vulnerable to certain illnesses, but maternal antibodies DO cross the placenta so she should have some protection from me, at least for the first 6 months.
Share